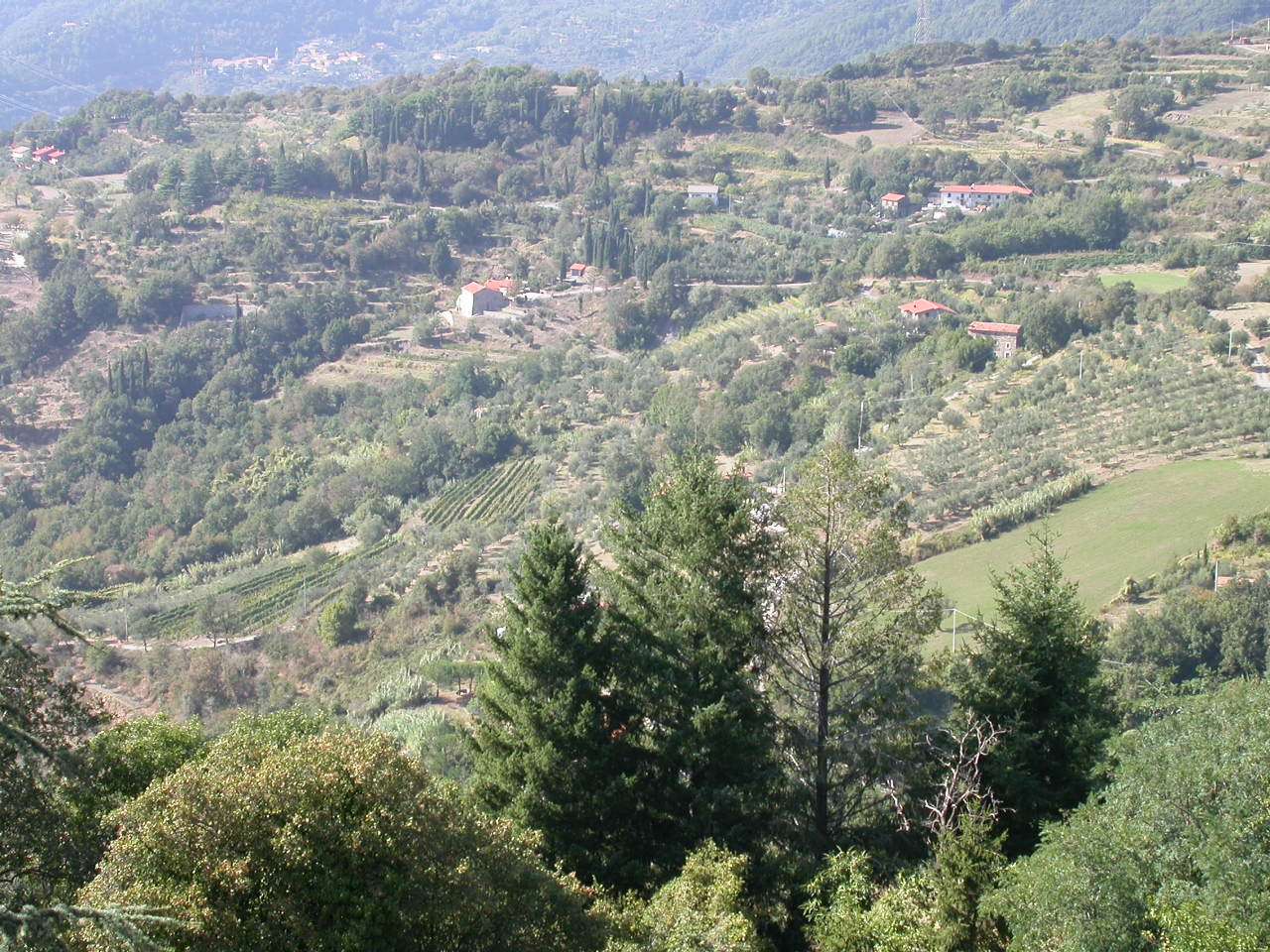 The building area is more than 500 square meters. It is configured in four floors consisting respectively of underground dug into the rock with internal paths that connect the two parts (internal and external). Date: medieval structure with subsequent extensions. The first floor consists of a barrel-vaulted kitchen, three large rooms, a lounge with a large window, bathroom. From the kitchen you can connect with stone stairs to the underground rooms where there are marble basins and stone seats, a large cistern well, evidence of an ancient external courtyard, paved flooring. From the first floor you reach the second floor with a beautiful marble staircase. It consists of three large rooms, lounge with fireplace with marble decorations and frescoed walls; then, kitchen with fireplace, bathroom, veranda and large terrace overlooking the gulf of La Spezia. Finally, a stone staircase leads to the third floor which consists of two rooms connected to an under roof with two large habitable rooms. The whole building has the charm of the ancient and the signs of the past: from a stone epigraph on the facade window, which dates back to 1568, to the motifs engraved on the door lintels, to those found on the stone stairs. There is still the furniture in the house. The first nucleus of the town was born in the Middle Ages (perhaps it was a tower house) enlarged in the 16th century and subsequently. It has always been the main residence of local nobles connected with the Malaspina family of Fosdinovo, and also has a large stepped garden that was formerly cultivated with fruit, flowers and vegetables. The production and internal life is documented by the presence of a large oven in the current basements and by the large cistern: a large medieval and Renaissance courtyard where the life of the palace lived and produced products, when the courtyard itself had not yet been closed for expansion of the dwelling. The whole estate lends itself to the most varied uses but especially for a tourist residence where you can appreciate the value of the area and the truly unique environment: here you can take advantage of the conjunction of the marine (near the coast) and mountain influence; in fact, a few steps away are the buttresses of the Apuan Alps. Territory full of green trekking routes such as the Via Francigena, with historical emergencies such as castles (Sarzana, Fosdinovo, Ponzanello, etc.).

In a small hamlet of the Municipality, about 8… More Details

PONTREMOLI – HISTORICAL CENTER HOUSE WITH GARDEN UNDER THE CASTLE

In the immediate vicinity of the historic center, just… More Details

Owning a home is a keystone of wealth… both financial affluence and emotional security.